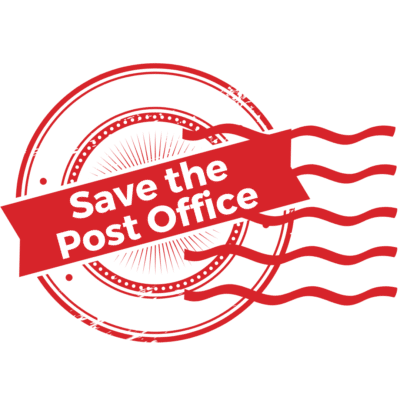 The House today passed the Postal Service Reform Act (H.R. 3076). The bill’s passage is a landmark reversal of the 2006 law that required the U.S. Postal Service to pre-fund retiree health benefits seventy-five years into the future, making it appear as though the Post Office runs at an enormous loss every year.

The Save the Post Office Coalition applauds the PSRA’s passage, and calls on the Senate to take up the bill immediately. The coalition’s membership includes over 300 organizations that range from national groups like Social Security Works, VoteVets, ACLU, NAACP, Indivisible, MoveOn, Color of Change, National Farmers Union, RuralOrganizing.org, Take on Wall Street and Public Citizen, to state groups like Mainers for Accountable Leadership, Alaska PIRG, and Kentuckians for the Commonwealth.

The Postal Service Reform Act eliminates the pre-funding mandate for retiree health benefits, integrates postal retirees into Medicare, creates a public real-time USPS performance dashboard, and enables “non-postal services” in partnership with state and local governments – like fishing licenses and subway passes – that were previously forbidden by the 2006 Postal Accountability and Enhancement Act. The vast majority of the budget shortfall at USPS can be attributed to the pre-funding mandate, and eliminating it removes the excuse for the service cuts and price hikes that postal customers have experienced since Louis DeJoy became Postmaster General.

“The Postal Service Reform Act is a huge first step in getting USPS back on track, protecting the hundreds of thousands of veterans who rely on the postal service to deliver prescription medications, and protecting the millions of union workers who day in and day out work hard to keep this country moving. That includes the nearly 100,000 veterans who work for the postal service. These veterans deserve security, and a USPS that isn’t in the position to decide between service and benefits,” said Mary Kaszynski, Director of Government Relations, VoteVets.

“We strongly support this legislation, which is long overdue,” said Matt Hildreth, Executive Director of RuralOrganizing.org. “The United States Postal Service is one of the government’s oldest and most reliable entities. All Americans rely on the Postal Service, but in rural America, the Postal Service has been a lifeline. Private delivery services don’t want to risk their profit margins by providing service to everyone so they exclude many small towns and rural areas, but the USPS has never abandoned us. Now it’s time to not only insure the financial security of the USPS, but to also expand services. If this bill passes the Senate, it will be the first major piece of postal reform legislation to make it through Congress since 2006, when the so-called ‘reform’ bill actually undermined the USPS. Passing the Postal Services Reform Act is an important step towards securing the financial security of this vital institution.”

“Those members who voted for the Postal Service Reform Act have demonstrated that they are a true friend to the nation’s seniors; those who voted against it are no friend,” says Nancy Altman, President of Social Security Works. “Millions of seniors, especially those in rural areas, depend on the USPS to deliver their life-saving medications and other needed supplies. And over 500,000 Social Security beneficiaries receive their earned benefits via the USPS every month.  A strong USPS is vital to ensure seniors’ health and dignity.”

“The U.S. Postal Service is a vital public good but its finances have unfortunately been hamstrung for decades,” said Susan Harley, Managing Director of Public Citizen’s Congress Watch division. “The U.S. House’s passage of the Postal Service Reform Act is a welcome first step toward building the USPS of the future that will provide additional services to better meet the evolving needs of the American public. We call on the Senate to take swift action to deliver this critical reform.”

“The Postal Service Reform Act is about the only thing we agree with Louis DeJoy on,” says Porter McConnell, Take on Wall Street Campaign Director and Co-Founder of The Save the Post Office Coalition. “Now it’s time for the Senate to pass the bill and send it to the President’s desk.”

Beyond this bill, the coalition is calling on Congress to remove other artificial barriers to USPS’s success, like enabling the postal service to bring back postal banking and ensuring a union-built fully-electric postal fleet. We are calling on the President to fill the postal board of governors with appointees committed to protecting and expanding the postal service, and make a speech laying out a vision for the future of the post office as a community hub for services. More details here.