It’s time to build a financial system that works for white, Black, and brown working families, not big Wall Street banks and billionaires. For decades, Wall Street’s creeping “financialization” of our economy has served as the vehicle for redistributing wealth upward from working people to the 1%. From the post office to higher education, it takes public goods and turns them into private ones. And it’s killing our democracy.

It doesn’t have to be this way. We envision a financial system that is fair to all, and that serves human needs rather than exploiting them. For our financial system to support and not undermine the economic well-being of white, Black, and Brown working people, it must be consistent with our democratic ideals. To build a financial system that passes that test, we must pursue these four principles:  unrig the rules of white supremacy and patriarchy, provide fair banking for all, make Wall Street serve people, rather than people serving Wall Street, and incentivize long-term investing, not short-term bets.

We envision a financial system, economy and democracy where Black, Indigenous and other people of color, women, LGBTQ, the differently-abled, and other marginalized peoples share equally in our nation’s wealth, and where we actively seek to reverse growing inequality and close the racial wealth divide.

To achieve this, we must promote actively anti-racist policies that address generations of wealth extraction from an economy built on slavery and the theft of indigenous land to Jim Crow, the “new Jim Crow” of the carceral state, the denial of economic personhood to women until very recently in our history, and all other manifestations of white supremacy and patriarchy. (Learn our history here.)

2. Fair (not Predatory) Banking for All

It’s time to introduce more equitable alternatives to the current financial system. Everyone should have access to low-cost, transparent and non-exploitative basic financial services, and financial workers should act in the best interests of customers. And because debt is what inequality looks like in peoples’ daily lives,  it should be illegal to purposely profit from peoples’ inability to pay, in all forms of lending.

Wall Street elites have financialized our economy to make governing structures serve billionaires and corporations at the expense of the rest of us. Wall Street should serve the long-term health of the economy, workers, and families, not the short-term financial interests of elites.

No longer should we be allowing corporations to gamble with our economy, and saddle the rest of us with their failures. We envision a system where corporations, and especially large financial institutions, are held accountable for the consequences of the risks they take, and are no longer able to manipulate the economic and political system to impose those costs of those risks on the general public. It’s time for our economy to incentivize long-term investment, not short-term betting.

Find out how you can Take Action! 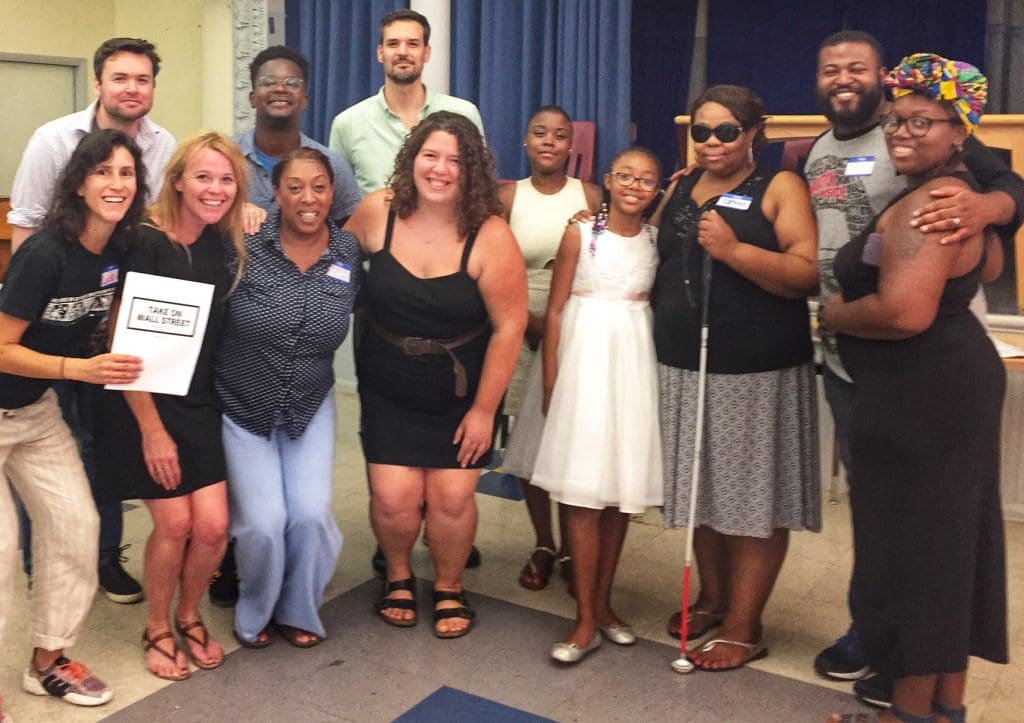