The Save the Post Office Coalition came together in summer 2020, soon after Postmaster Louis DeJoy began cutting service and slowing down the mail. The coalition’s membership includes over 300 organizations that range from national groups like the Leadership Conference on Civil & Human Rights, ACLU, Take on Wall Street, NAACP, Indivisible, MoveOn, Color of Change, National Farmers Union, VoteVets, and RuralOrganizing.org, to state groups like Mainers for Accountable Leadership, Alaska PIRG, and Kentuckians for the Commonwealth. You can find our asks here. 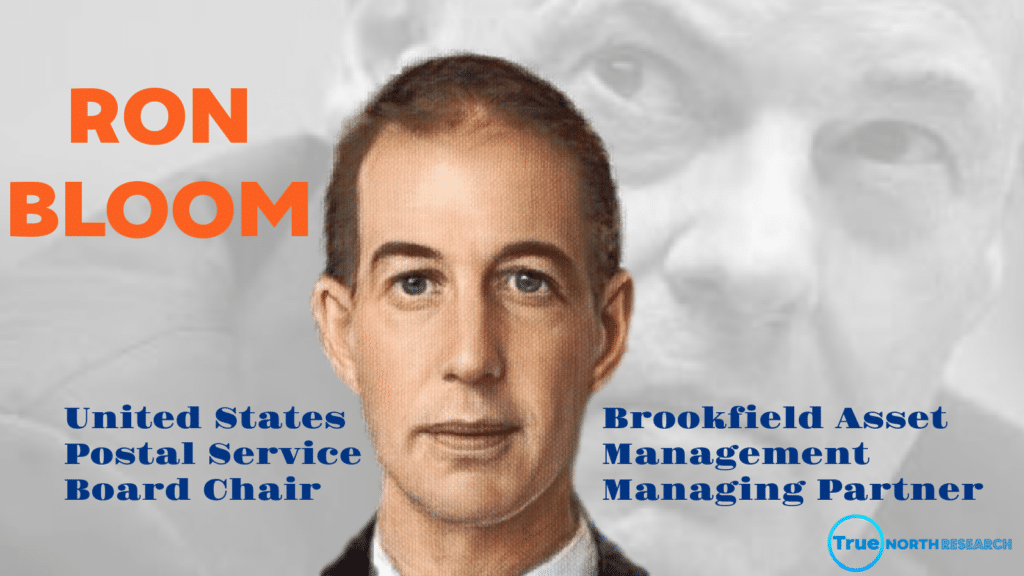 Controversial USPS Board of Governors Chair Ron Bloom is a big reason for the delays and price hikes at the USPS that began last summer. Ron Bloom was appointed by then-President Trump to serve out the remainder of a term that ended in December 2020, Bloom is now in the midst of a “holdover year” that runs to December 2021. Because his term has expired, President Biden can appoint a new person to this seat at any time, and is under no obligation by past practice to re-appoint a postal governor to the board. President Biden must thank Ron Bloom for his service and appoint a new governor to his seat by this December.

Re-appointing Ron Bloom for another seven-year term would be a disaster for the post office for four reasons.

1.He’s a walking conflict of interest.

For his day job, Bloom is a managing partner at Brookfield Asset Management (BAM), which takes a business interest in privatizing public assets. BAM embroiled in several controversies: from its treatment of low-income tenants in the middle of the COVID-19 pandemic to its extraordinary actions to save Jared Kushner from defaulting on a $1 billion plus loan on 666 Fifth Avenue, which is now the subject of Congressional inquiries.

Furthermore, Louis DeJoy recently invested $305,000 in BAM assets. The USPS said that the transactions cleared their ethics standard, but this is a clear conflict of interest, especially given that Bloom in his current role as chair of the postal board of governors is DeJoy’s supervisor.

2.He has a history of working towards postal privatization.

Bloom recently helped lead another huge investment banking firm, Lazard, during the period it helped privatize the UK Royal Mail. During the consulting contract, Lazard was also criticized for profiting from share prices it pitched low and sold high using insider information, netting an £8 million profit in hours. Furthermore, in 2011 Lazard helped issue a five-year USPS plan that recommended a “shrink to survive” plan — Bloom, then on contract with a postal union, said it was “doomed to fail”, but now he is a co-author of DeJoy’s ten-year plan that shrinks USPS even further than the 2011 plan.

3.He enthusiastically supports Louis DeJoy and the ten-year plan.

Not only has Bloom failed to distance himself from DeJoy’s destructive policies that have harmed the reputation and capacity of the Postal Service, but he has also tied himself to DeJoy’s ten-year plan that charges more for slower mail, weakening its customer base, lowering revenues, and paving the way for future privatization.

4.As a USPS governor, he signed off on hiring Louis DeJoy without even a standard FBI background check.

Unlike other candidates, Louis DeJoy did not go through the recruitment firm that the USPS retained to conduct the postmaster general search.

Standard vetting applied to other candidates would have uncovered several damning disqualifications:

These were easily surfaced red flags, but Ron Bloom did not demand an FBI background check or raise any concerns, and he endorsed Dejoy’s selection.

Call on President Biden not to re-appoint Ron Bloom to the USPS Board of Governors.

Except where otherwise noted, facts in this sheet were drawn from the TrueNorth Research brief Postmaster General Louis DeJoy Invests in Equity Firm Led by the New Chair of the Postal Service Board, Ron Bloom and a related Washington Post article from August 13, 2021.

Save the Post Office Coalition Members React to USPS Board MeetingToday, 77 groups called on President Biden not to reappoint Ron Bloom