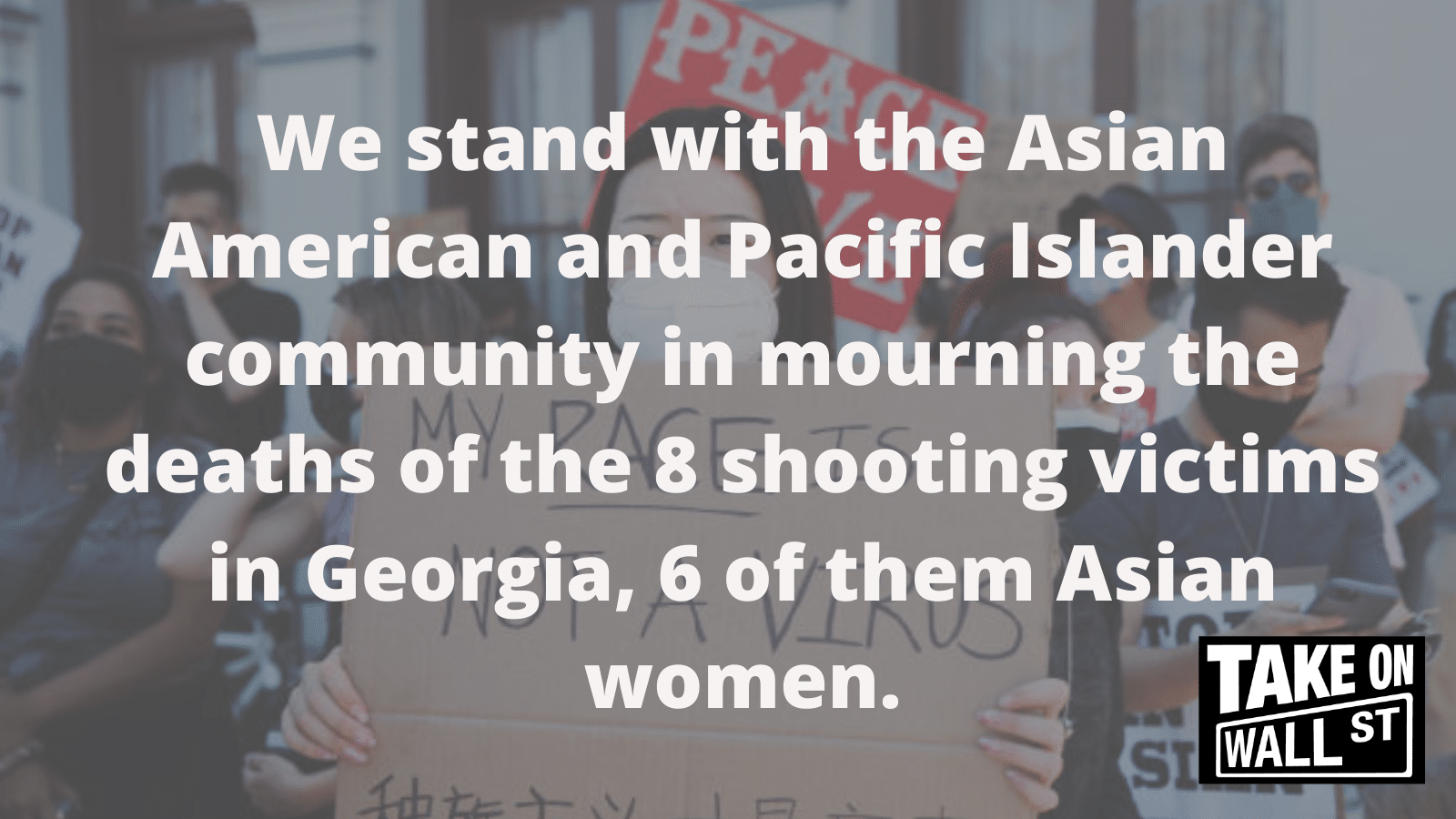 Since the pandemic began, there has been an increase in anti-Asian hate crimes of 150%. White supremacists use language like “China virus” and “Kung Flu” to scapegoat Asians for their own unwillingness to address the root problems in our country that the virus exposed.

But the events in Atlanta were not an isolated incident, nor were they pandemic-specific. From the beginning, our economic system has depended on racial violence against Asian Americans whenever white supremacy was threatened.

Chinese workers first came to America in the 1840s during the California gold rush, with more arriving to build the transcontinental railroad. While originally tolerated, once the economy began to struggle, animosity grew.

In 1871, a white man was murdered in the crossfire of two rival Chinese groups in Los Angeles. In response, 17 Chinese from the community were lynched. Of the 500 participants in the lynchings, 8 were charged, and none were convicted. Were they having bad days too?

Spouting the racist rhetoric that the Chinese were stealing jobs and causing the economic downturn, Congress passed the Chinese Exclusion Act in 1882. This banned Chinese immigration to the US and declared them ineligible for naturalization, although they only made up 0.002% of the population. These xenophobic policies were in place for almost 60 years.

In 1900, a bubonic plague outbreak struck Chinatown in San Francisco. Although it is likely that it originated on a ship from Australia, Chinatown was surrounded by police and subjected to violent searches. When a doctor tried to identify the disease as the deadly bubonic plague, newspapers called the disease “largely racial”.

These types of racist and xenophobic actions against Asian Americans persist today, yet efforts towards anti-racism often follow the Black-White binary. This binary has been long-lasting, going back to an 1854 Supreme Court case, where it was argued that the Chinese could be classified as Native Americans since they were both descended from Asia. Grouped this way, whites could deny Chinese Americans rights in court.

Further establishing this binary, the court interpreted “black” and “white” as oppositional terms. This meant that “black” must mean “nonwhite” and “white” must exclude all people of color.

Racism, white supremacy, and xenophobia impacts all Asian communities, all with their own histories. But the binary approach to race in America leaves space for the “model minority” and other myths about the Asian American experience that perpetuate exclusion.

Whether it’s legal, physical, or sexual violence, white supremacy is a danger to all people of color in America. We know that our anti-racist efforts must consciously include anti-Asian racism in order to create lasting change and an American dream for all Americans. Read more about the history of racism against Asian Americans here.